Elder Scrolls games have always had very open ended progression systems, and this one is no different. There’s a huge number of choices, and you can choose to focus on one or spread yourself amongst all of them. And of course if you spend enough time, you can eventually master them all. So let’s start with the very basics:

As you play the game – killing monsters, doing quests or exploring the world – you’re going to gain experience points that is going to allow your character to level up. It isn’t just leveling up that gives you skill points; you can also get them by finding special shards in the world called sky shards, or by doing special quests along the main path. 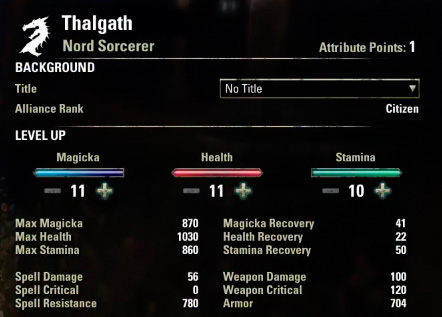 Attribute points increase the three basic resource pools in the game: health, magicka and stamina. These pools are essential for your character. Health is drained when you take damage in combat, magicka when you cast spells, and stamina when you sprint or use weapon abilities.

Attributes influence physical characteristics of your character. You are free to distribute the points according to your primary role in the game. You can increase survivability for taking more damage, increase magicka pool to have more resources for spell casting or to add more stamina for interrupting, blocking and sneaking.

Skill points, on the other hand, allow you to define your character in a specific way. So you can spend a point to learn an ability or a spell, and abilities or spells belong to a skill line which is a thematic connection of abilities. 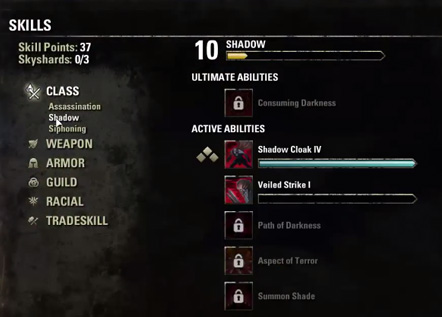 The more you use abilities from a specific skill line, like say Veiled Strike from the Shadow path, the more you will have access to the abilities later in the line, like Summon Shade or Path of Darkness.

After you’ve gained enough experience with ability, you get the opportunity to morph it, to further customize your experience with it. So for example, the Templar ability Rushed Ceremony, which heals a nearby ally, can be morphed so that it heals three nearby allies or so that it restores magicka to you when you cast it.

After you’ve advanced far enough in a skill line, you gain access to Ultimate abilities which are some of the most powerful abilities in the game - things like Dragon Leap on the Dragonknight, or Overload on the Sorcerer, or Nova on the Templar. Ultimate abilities work a little differently from the rest of the abilities in the game; they don’t consume magicka or stamina. Instead, you have to build up for the opportunity to use them and when you do, you can have a devastating effect on the battlefield.

So we’ve been talking a lot about spells that you can use in combat, which we call active abilities,but you can also spend your skill points on passive abilities, and those have a more subtle effect that’s permanent on your character. So it can be things like increase the damage you cause with your fire spells, or something like where your lightning magic will have a chance to cause the target to disintegrate instantly and turn into a pile of ash.

There are two decisions you make at character creation that will affect the skill lines that you have as you progress your character further: your race, which gives you a set of abilities that helps define the identity of that choice, and your class, which actually gives you three unique skill lines to follow a general theme without actually forcing you into a specific role.

Your class and race skills only represent a fraction of what’s possible to get in the game, though. There’s a whole set of general skills that are available to anyone who plays the game. A good example of this is the weapon and armor skills which every character starts the game with, and anyone can take the time to learn and master.

So no matter what class or race you picked, if you pick up a sword and shield you can start getting stronger with that weapon. Or alternatively, if you want to wear light armor and use a staff, you can become a good mage.

You can also find entirely new skill lines for your character by playing the game and exploring the world. This ranges from relatively easy things to do like join the Mages Guild or join the Fighters Guild, or by finding out in the world the opportunity to become a werewolf or a vampire. Getting one of these new skill lines gives you the opportunity to get special abilities that wouldn’t be available to your character otherwise. 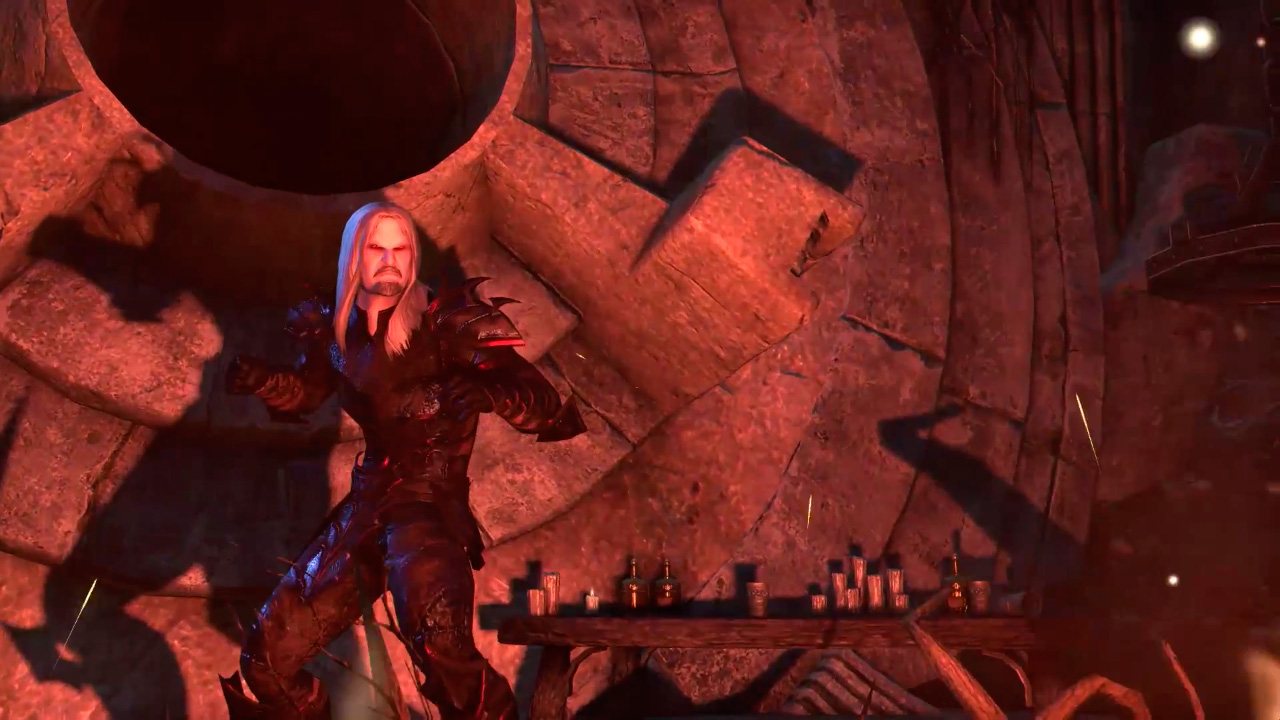 We’ve really only scratched the surface of all the different combinations of builds and abilities that players have been making using this progression system, and that’s what you’d expect out of an Elder Scrolls game.

It’s all about player choice. You can build the character the way you want to, and we can’t wait to see what you guys come up with.