We're here with another episode of “Before you buy” that shows you some straight-up gameplay and my first impressions on the latest games releasing. Today we're gonna run through Elder Scrolls Online Summerset expansion real quick.

It's now for PC and now it's dropped for the surprisingly decent PS4 and Xbox One versions. Since we broke down last year's Morrowind expansion and there was a lot of interest we decided to give a rundown of Summerset too.

Some of our overall opinions about the game might end up with me repeating myself a bit but overall this new extension adds more Elder Scrolls online good MMO stuff to play through. 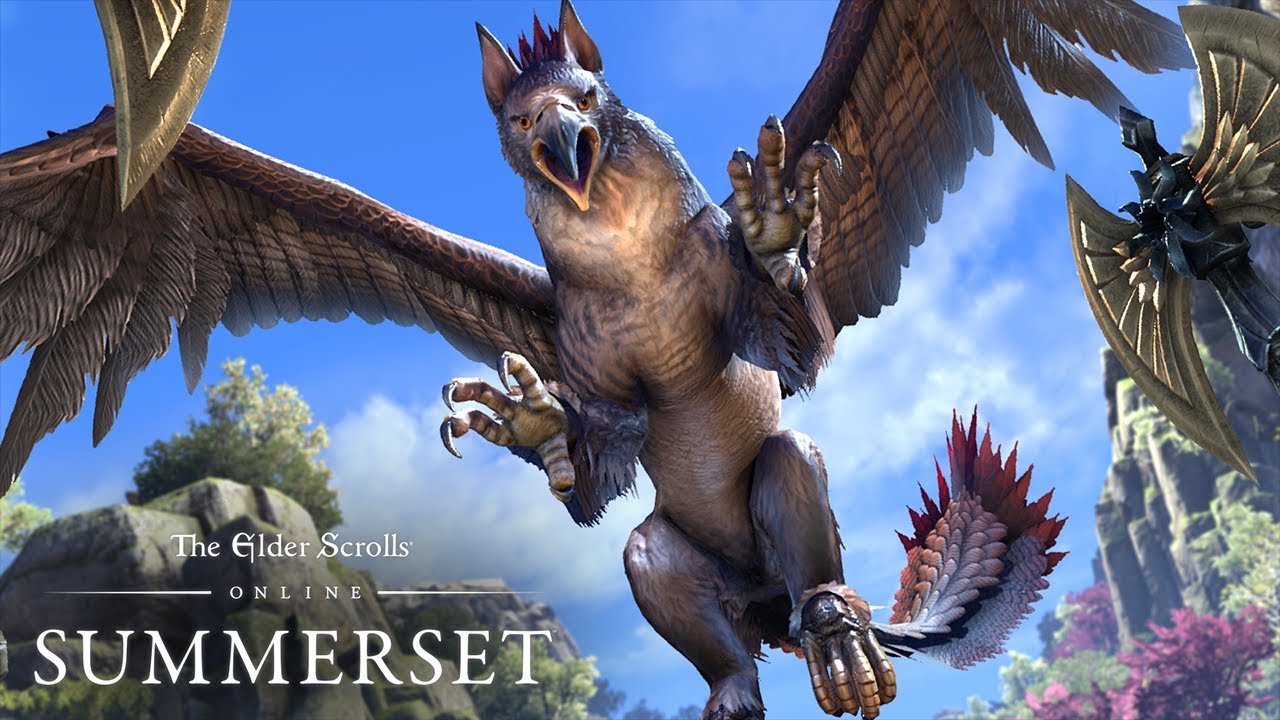 If you are new to ESO

Now before we get into it, for newcomers I do want to say: if you couldn't get into TESO back when it launched, there have been lots and lots of improvements. I can't go into all of them here but we will outline some.

At this point it's a fairly refined MMO with lots of Elder Scrolls exploration elements. It's got all the elements of a modern but fairly accessible MMO. If you boil it down to its parts it's got a lot of the feel of an Elder Scrolls game and the core two things: exploration and combat you can even get away with having fun and exploring and playing by yourself a bit even if the game is designed around more social play just to play catch-up - for some folks.

The difference with TESO since launch is the initiatives to fix the game with a complete overhaul and scaling removing level requirements meaning all quests and enemies scale. More people can play together and really explore. However, they want this big fundamental change back before Morrowind was called One Tamriel and it makes a difference

It might not be for every type of MMO fan but it might work for some of the Elder Scrolls fans anyway, I just wanted to keep you filled in with how the game goes now because now we have the land of Summerset.

Like the Morrowind expansion before it, once you own this expansion you can hop in with the character you have or by rolling a new character and starting out here.

For the purpose of this video I decided to roll a new character since many of you might actually be doing the same. Like previous expansions, I immediately give the game points for jumping in. I haven't played Elder Scrolls online since like a month or so after Morrowind launch and it's easy to hop back in again.

You can choose to go through a quick tutorial that doesn't really waste your time at all. It's nice and quick and boom your draft right in the Isle of Summerset.

This land ruled by High Elves that doesn't quite feel is immediately exotic as something as like Varenfell but it does feel as big. The further in you go and the more you talk to folks you realize they've got something interesting going on here.

First of all, it's open and gorgeous. Summerset hasn't really been explored other than Elder Scrolls Arena which came out before I was even born but still this land just feels new and exciting.

It feels closer to a Cyrodiil than Skyrim or Morrowind, but there are still lots of high fantasy elements here like creatures and fairies and stuff like that. The building designs look like typical Lord of the Rings fantasy stuff. You know your basic castles and they're like but the deeper you get into the game the more you see new stuff and especially just with the actual story and characters elves are meet in the story.

They've only just opened up the isle to outsiders and they'll treat you as such. It's got that distinct feel like in Skyrim depending on what race you choose that other races react to you differently. It also gets pretty goofy to it and tries new things with quests like a whole dance troupe tavern diversion that I won't spoil but it feels like at this point quest designers feel a little more safe to goof around and do weird stuff it shows and I think it definitely helps shake things up a bit.

You'll notice that I'm talking more about the world and the quests because that's mainly what you get with Summerset. You don't get world-altering updates those have already come and you're not exactly getting an entirely new class but you are getting tons of new quests with interesting storylines, dungeons to dive into, and voice actors is certainly definitely the strength of the game is this stuff.

They promised around 30 hours of quest content and for some folks that are great and for others that might not be enough for the price and the average content amount for an MMO expansion.

But besides that it introduces a surprisingly in-depth Jewelry crafting system. It is straightforward and similar to normal crafting but hey it's more to do. There's also this order in the world introduced that has a new skill tree that you can learn. It takes a while but it brings in new time twisting elements to combat and gameplay.

I do think some people will be pissed that they don't get access to it immediately and it is a bit of a grind to get through but hey that's kind of what MMO's are for.

Like I said there's also the usual stuff that comes with the expansions like interesting new characters and enemies. There are Griffin's that are pretty cool once you see them in action and there's a new 12 player trial of course.

Ultimately, the new chapter has plenty of story in quests to play through and explore and you know like I had said the number of hours of content that seems a bit small for an MMO expansion especially at the asking price here.

And honestly for some ESO isn't the greatest MMO. If you're looking for more traditional MMO stuff it has a lot of shortcomings especially if you're more into fully featured PvP worlds but if you want a light MMO that is well designed and pretty fine-tuned and polished by now with a good Skyrim and Oblivion feel there's a lot to like here. This latest expansion just adds more to what has become kind of an expensive pile.

Just think before you commit but you might have a good time here and that's it before you buy you know how it goes by now I give you some pros some cons some personal opinion. Now we definitely want to hear yours down in the comments.

Aare you playing ESO? What do you think of the newest updates?

← How to Choose a Class in Elder Scrolls Online? How to Uninstall ESO or PTS Properly? →