The Thrill of Elder Scrolls Online!

By: Apple.Snowsong in: ESO News and Updates

YAY! :) Can you hardly believe it? YES! It’s true! The time for you to jump in and play the highly anticipated Elder Scrolls Online is almost here!

The ESO World and You

Yes! You heard right! YOU can be one of these ESO Players! – And YOU will each be special -- but not alone! Did you ever play an Elder Scrolls Game, and think, “I wish my friend or sweetheart could come into my Elder Scrolls World and see what I am seeing right now, right beside me! –and could walk inside this cool house, castle, mystical grotto, or swim in this water with me?” – Well now they can! You can even have your Sweetie playfully riding a horse right by you, or join your buddies in a massive battle to capture a keep!

Will you want to be crowned Emperor and sit on the Ruby Throne? – Or will you want to wander the countryside exploring and adventuring on your own or with just one other, or a few close friends -- just to see what you can get up to? Do you want to go fishing, cook, dabble in alchemy, craft your own armors, craft your own weapons – Or trade any of these with friends? – You can! Do you want to lock-pick to grab those rare goodies? Do you want to go treasure-hunting for secret treasures? Do you want to cast spells, shoot arrows or slash monsters with your sword? – You can do all this and more! Do you want to become a Vampire or a Werewolf or a Hero stopping the invasion of an Evil Daedra? – You can! The choices of what you can be and do in ESO, and the combinations of these many choices may be as limitless as your imagination! You see in ESO, whether you are a seasoned Elder Scrolls Fan or new to the Elder Scrolls World, you can do it all! The choices are yours! – And they are fun! 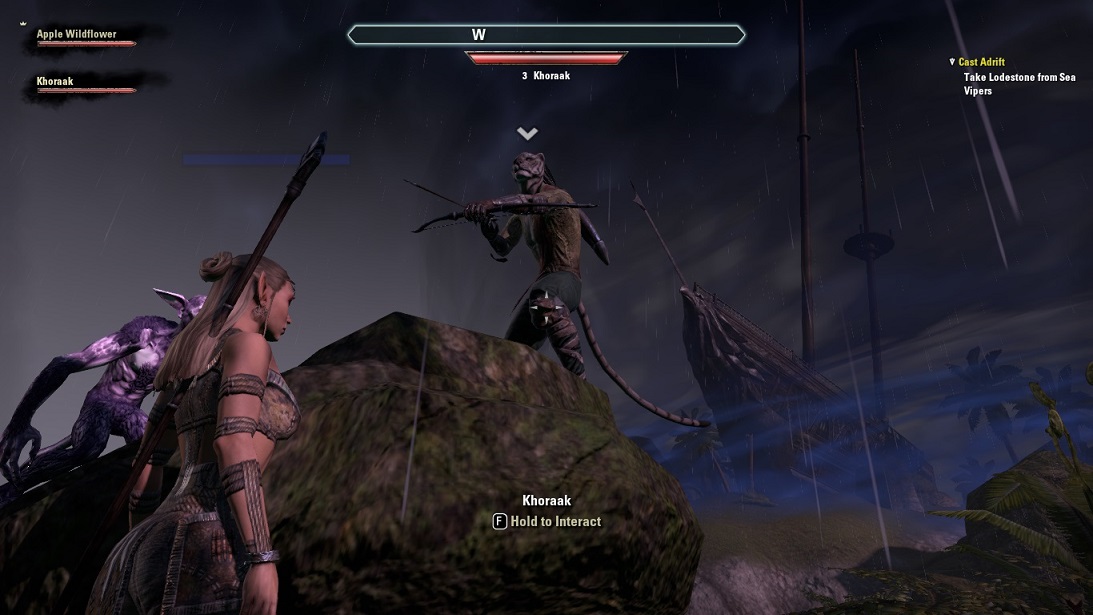 Epic Scene: Apple as Wood-Elf and Master Dan as K’horaak the Khajiit

Oh ESO Friends, I would highly recommend that you pre-order the Elder Scrolls Online game as soon as you can! Time to pre-order is quickly running out, and there are awesome benefits to pre-ordering. Besides, being able to start to play first prior to 4.4.14! – There are other extra goodies for you! I would recommend getting the Imperial Edition with all its extras, (including starting with an Imperial Horse), but both the Imperial Edition and Standard Edition come with the Explorer Pack only with pre-ordered games! You really want to get your hands on the Explorer Pack!

The Explorer Pack gives you more choices and extras for your characters. However, what if you do not have enough yet, to pre-order your-self or a friend the Imperial Edition of ESO like you want and you must get the Standard Edition for one of you to be able to pre-order in time? – Fear not! – You will be able to upgrade your pre-ordered Standard Edition to Imperial Edition at some time in the future! So go for it! – Because you can both still get your Explorer Packs by pre-ordering!

For example, let’s say you and another want to do the Ritual of Mara together to get the Rings of Mara, which then gives you extra points when you play ESO together? – You must have Imperial Edition for this. However, if you cannot both pre-order Imperial Edition pre-launch, do not give up -- at least pre-order the Standard Edition so you can both get the pre-order bonus Explorer Pack in time – then upgrade to Imperial Edition as soon as you can after the regular launch! For those of you who were in the last BETA Trial for ESO you will also be getting a free MONKEY pet! – If you pre-order either version of the Elder Scrolls online game!

Hurry! -- You can still pre-order to get your digital Elder Scrolls Games at the official Elder Scrolls Online store, in time to get in on the early-playtimes for those who pre-ordered! Post any legitimate helpful weekend sales in the comments section, if you like. ;) Personally, I got somebody close to me (that was with me in the last BETA Trial), a gift of the pre-order ESO game, because I do not want them to miss out on the Explorer Pack or their free Monkey! – And maybe you can do that for somebody too if you like. Having played this game in the BETA Trials, I can say it is worth every penny, and more good news is that it will keep on constantly creatively growing and will get new cool updates! WE the players will be able to make suggestions and this is going to be an awesome ESO gaming community! This is just too good to miss out on! Have fun and we hope to see you in ESO soon!
Happy Dance! :) 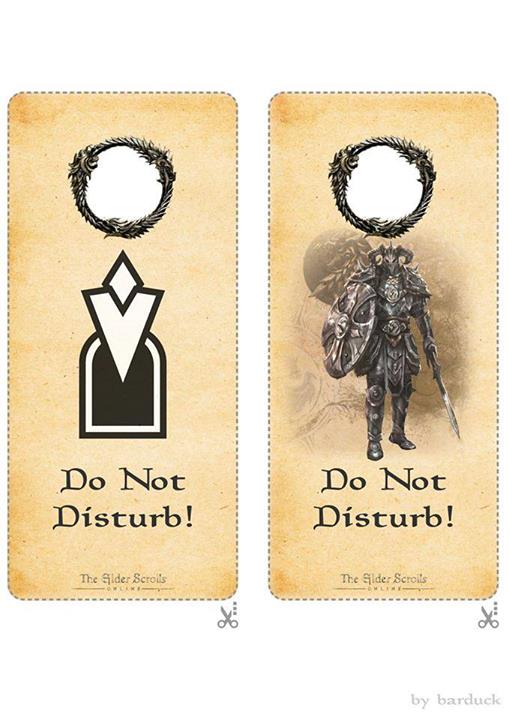 Go to the link below, to see all you can get if you pre-order either Imperial or Standard ESO Games now! One more day to early access! Hurry! –Act Now to Preorder!

There have been many sites claiming various ESO launch dates and early pre-order play dates, so here at ElderScrollsOnline.info we want to link you straight to the recent Official Source (posted 03.25.2014), on Elder Scrolls Online; which is the very most accurate factual Launch Times for whatever ever your purchase choice of the ESO game is, and for where ever you live! Early Access and Launch FAQ